FAQ 5: But She Cheated on Me! Does Infidelity Affect Alimony or Custody?4 min read 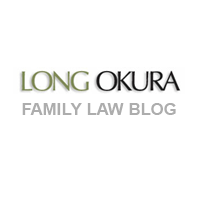 People often want to know how it affects their divorce when one of the couple has had an affair or committed some infidelity, in heart or body.  As attorneys, we have had this question arise from both sides of the fence.

First, sometimes people call Utah a “no fault” State. This is a statement about the “grounds” for getting divorced. Second, parties to a divorce will want to know if alimony, other monetary awards, custody or parent-time in the divorce can be resolved more favorably for them if they can show the other party is “at fault” for causing the deterioration of the marriage. The most prevalent time this argument is made is when the other party had an affair or committed some other infidelity. Here the person is asking a question about the law regarding “fault” and how it affects outcome. These are two very different things.

GROUNDS
Utah does not require that there be a specific grounds for divorce other than “irreconcilable differences.” The mere filing of the divorce is enough to establish that at least one of the parties have differences that are irreconcilable. Therefore, the court does no further inquiry and no additional grounds or proof need to be established. Sometimes a party wants to state other grounds as the basis for divorce (see Utah Code Ann. 30-3-1), such as infidelity. If the party states some other ground as the basis for divorce, that party is then obligated to prove the basis, which is a lot of effort with no real purpose. “Irreconcilable differences” is all that was needed as a basis to get the divorce. Therefore, why state some other grounds and have to add work to your case? People do this because they want the infidelity or other fault to be used to change the OUTCOME. They do not realize that using it in as a grounds for the divorce does not help them in any particular way and that the “fault” can still be argued when it comes to a specific outcome they desire. (Though, the argument may not be successful- see below).

OUTCOME
Utah Code Ann. sec. 30-3-5(8)(b) states that fault can be considered in determining alimony. However, the code provides only that statement and no further guidance. In the case Fairbanks v. Fairbanks, issued by the Court of Appeals February 11, 2009, the court addresses the idea of outcome based fault and specifically says, “We have recently determined that although there is statutory authority for the consideration of fault in determining alimony, the Utah Legislature has provided no definition of what exactly constitutes fault…. Accordingly, until the legislature clearly defines fault in the statute, it is inappropriate to attach any consequence to the consideration of fault when making an alimony award.” The court then goes on to look at the grounds basis for fault found in Utah Code Ann. 30-3-1 and finds that even that standard has not been met in the case.

The same logic can be extended to issues of other monetary awards, custody, and parent-time. There is no statutory definition for fault as related to these issues and/or how to use the issue of infidelity as related to divorce cases.

All of that being said, as practitioners, we do see infidelity have an effect on outcome when there is a very direct tie. For example, we have encountered the following scenarios in our legal careers.
* a gentleman rented an apartment for his mistress
* a woman took many expensive trips to have clandestine meetings with a paramour
* a man used joint business money to attend “swingers” conventions as if they were business conventions
* the children had parent-time at the new boyfriend’s home during separation because Mom’s apartment was too small
* children were witnesses to sexual encounters

Clearly in these cases, the issue was not the mere existence of infidelities. The issue was the use of marital funds or the direct impact that actions were having on children. It is tempting to argue that affairs always impact the children and therefore should always be considered in custody and parent-time determinations but that is simply not what we usually see in court. However, some Utah district court judges consistently order that “there should be no overnight guests of the opposite sex, with whom the parent is having a romantic relationship but is not married, when the children are also in the house for the night.” Even this varies widely from court to court, judge to judge, commissioner to commissioner, and can be viewed differently by the same judge if it’s a temporary order or in the final decree of divorce.

This does not mean that infidelity is not important to talk about. If either party has had an affair, it is important for the attorneys to know so that the emotional issues it creates can be dealt with so and the underlying legal case is not compromised. Often the impact to the case comes in the form of sorting through the emotional and behavioral aspects of the infidelity, to clear the way for proper legal analysis of the rest of the issues.